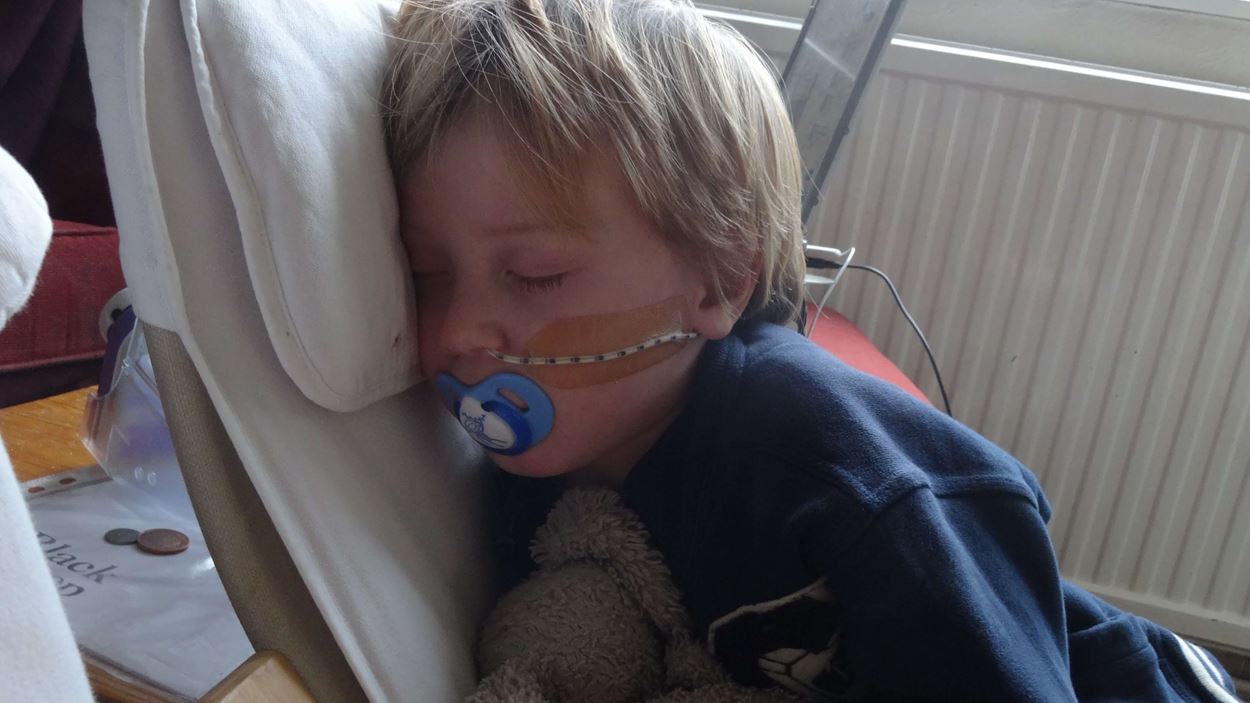 Very early onset inflammatory bowel disease (VEOIBD) has been defined as IBD that occurs in children less than 6 years of age. Until a few years ago it was thought impossible for a child of this age to have Crohn’s or colitis and therefore it now has its own category of VEOIBD and there are paediatric gastroenterologists specialising in this age group.

Early-onset IBD is typically more severe than infantile-onset and adult-onset disease but as this is relatively new in this age group follow-up studies have yet to be done. There is no indication that they will continue to have more severe disease than children diagnosed at a later stage. The symptoms in this young age are very much the same as older children with other forms of IBD – tummy pain, diarrhoea, blood in their poo, fatigue, loss of weight are all indicators. However there are extra challenges for parents of very young children, especially if they have not reached the stage of potty training, and are unable to say how they feel or what is hurting most.

Tests need to be carried out to enable the specialists treating very young children to understand exactly what is happening in their bodies and to try and decide the best way to treat them. These tests can add to the anxiety caused to both a child and their parents or carers. However once a firm diagnosis has been established treatments should bring the inflammation under control. As with older children, there may need to be changes of treatment as there is no way of knowing which one will bring about improvement until tried. There may be several changes of medication before this happens. This is nothing to do with the doctor choosing the wrong one – all forms of inflammatory bowel disease are very complex and treatment that suits one child may not suit another, even with the same symptoms.

Normally, young children have lots of energy so fatigue caused by IBD can become a real problem, especially with other members of the family. The child may be too tired to play with his/her siblings which again is very difficult to explain to young brothers and sisters and who may in turn secretly worry very much about all the treatments, bleeding, pain etc. There may also be times of jealousy if a sick child is taking so much of their parents' or carers' time. Treatment for very young children may consist of being tube fed and given infusions which if attending nursery or in full time school causes these children to be seen as ‘different’. They should be encouraged to attend nursery/school if at all possible so they don’t feel isolated and other children get to accept them as a friend regardless of what they have wrong with them. Toilet facilities can be another problem at nursery/school and a child may become clingy if they are not sure. A teacher who understands fully the complications of having IBD should put them all at ease.

It may help to read our information for schools or order our guide for primary schools.

The challenges facing parents with younger children can be very different to those with teenagers: weaning, potty training, nursery, starting school, medication and how to explain the condition can all be daunting. Sharing your thoughts, questions and tips with other parents in a similar situation can be beneficial and reassuring.

> get in touch if you are a parent of a child under 9, diagnosed with any form of inflammatory bowel disease (IBD)

We have a series of illustrated pages for younger children that explain some of the basics of IBD, including hospital visits, treatments, diet and school.