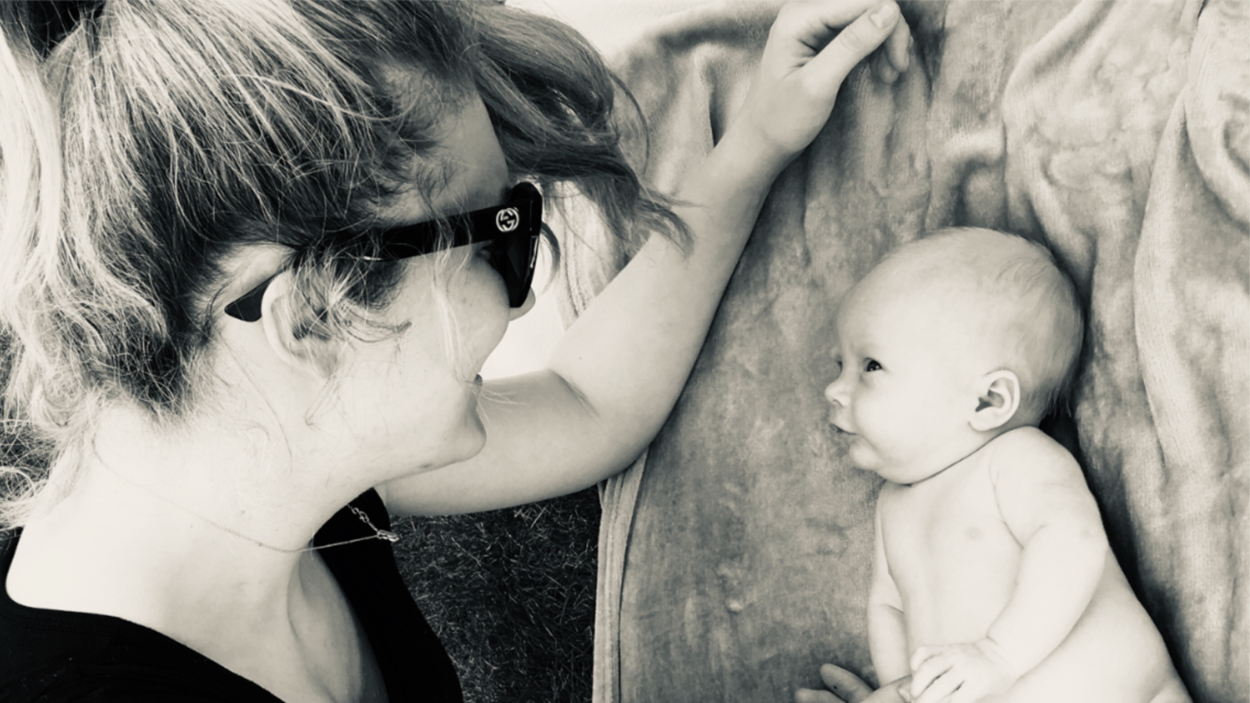 what is IBD?
our research

Jayne's daughter Eliza was diagnosed with Ulcerative colitis aged 13. After surgery when she was 15, Eliza asked her doctors if she would be able to have children and was told 'probably not' because of extensive scarring.

Eliza is the youngest of our three daughters and it came as a complete shock when she was diagnosed with Ulcerative colitis aged 13. It was a disease we knew very little about, and up until that point didn’t know it could affect children.

There is not an easy age to be diagnosed with IBD, it’s tough at any age. Eliza was treated with a cocktail of drugs that made her sick, tired and anxious. She hated steroids and the way they changed her appearance, they made her self-conscious and affected the way she felt. I often wondered if her behaviour was the steroids or she was just a typical stroppy teenager. Her sisters were great and got her through the difficult days with humour and laughter. There were the usual sisterly fall-outs but that’s just a normal part of our family life.

She struggled to attend school and 20+ trips to the toilet became the daily norm. She missed most of Year 8 & 9 which in turn affected her friendships and social life, she didn’t want to tell anyone that she had a chronic bowel condition. She found it hard to see her friends having outings and sleepovers without her and posting pictures and comments on social media. Her dad and I juggled work, family life, hospital appointments and getting her to school as best we could.

When Eliza was 15, we were all knocked sideways when her doctors said she needed urgent surgery to remove her large bowel.

She had three big operations over the course of a year and had to live with a stoma whilst waiting for her J-Pouch to work. We sat in a daze asking questions and not quite believing what was happening. Eliza was upset and asked if she would be able to have children after the surgery and to our absolute horror the surgeon said probably not because of the large amount of scarring and adhesions that could be left after major abdominal surgery.

She coped with the surgery amazingly well and by the time she had the stoma reversed she was used to it and her life had found a new normal. She left school, got a job, went on a girl’s holiday, met her boyfriend (they’ve now been together 6 years), learnt to drive and generally enjoyed being well. As she got older and her relationship with Ronan became more serious the issue of having children came up from time to time. She’d ask me if I thought she’d be able to have children and how much they would have to save to pay for IVF.

Life carried on as normal when out of the blue last November Eliza and Ronan arrived looking very happy the insider autumn 2019 5and announced they had news... We literally couldn’t believe it when they announced Eliza was PREGNANT and the baby was due at the beginning of July!!! We were all beyond excited and in shock, they were having a baby!

St. Georges Hospital in London were amazing and kept a close eye on Eliza throughout her pregnancy. Looking for information on what’s normal in pregnancy with a J-pouch was tricky as there is not much information out there. After a discussion with her doctors a caesarean section was planned for the 27th June and her surgeon agreed to attend in case there were any complications with her J-pouch or bowel.

31 weeks into her pregnancy Eliza started to feel unwell and was admitted to hospital where she was monitored closely and given steroids for the baby’s lungs.

On the 14th May 2019 at 10:29pm baby Freddie arrived safely at 32 weeks weighing 4lb 2oz. The team looking after Eliza decided on a natural delivery because the baby was so small and there would be minimal risk of damage to her J-Pouch. Whilst the baby was whisked off with his daddy to the Special Care Baby Unit, I sat with Eliza whist she was being checked and she looked at me and said:

Baby Freddie is doing well and is an absolute joy to his mummy, daddy, aunties and very proud grandparents.

What is a J-Pouch?

Eliza is happy to answer questions on her pregnancy J-Pouch experience. Alternatively, if you have a J-Pouch and would like to be put in touch with other young people in a similar situation, please let us know.